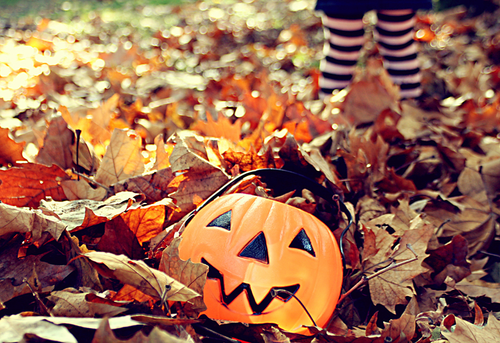 I want to send someone to e-hell on behalf of my friend for using “manners” to harm to feelings of a young child. I have no problem correcting egregious behavior from children who are not mine, but as you may see, sometimes special considerations need to be made.

I have a friend who has a young child with apraxia — delayed speech. He is a bright and friendly little boy who is working very hard to learn to communicate, but he’s not there yet. This was the first year he was old enough to go trick-or-treating in his neighborhood. He had fun ringing the bell and holding out his bag while his mom said “trick-or-treat”, explaining his speech delay if necessary. One woman refused to give him candy unless he said, “trick-or-treat” for her. His mom said, “I’m sorry, he has a medical condition and isn’t saying any words yet.” The woman then closed her door in his face.

Let me repeat that: on being informed that a child had a medical condition, this woman closed her door in his face.

Luckily he was having enough fun that his mom just said, “Oooh, let’s go see what they have at the next house” and as far as he cared, that was the end of it. For my friend it took several days of gnawing anxiety about the treatment her son received, and of course, worries about her ability to protect him before she could let it go. It’s hard to believe a grown-up could put her own desire to hear “trick-or-treat” over the feelings of a little boy. 1108-10