Now that Thanksgiving is over, people everywhere are beginning to decorate their homes for Christmas. Just don’t go overboard and create a public nuisance that is sure to offend your neighbors, motorists, the police, search and rescue teams, knee nibblers and small species of domesticated mammals. 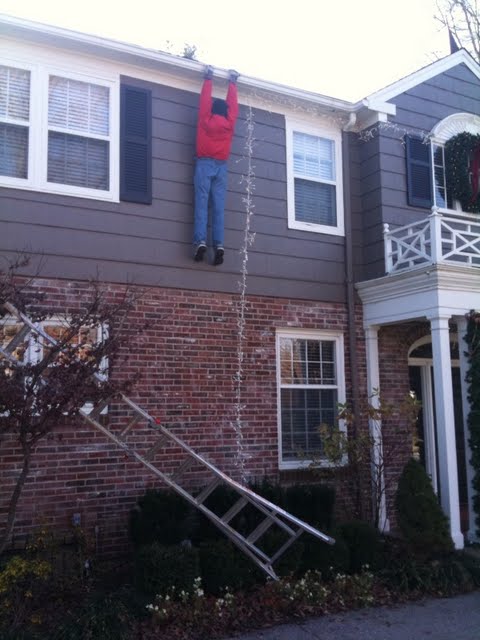 “Good news is that I truly out did myself this year with my Christmas decorations. The bad news is that I had to take him down after two days. I had more people come screaming up to my house than ever. Great stories. But two things made me take it down. First, the cops advised me that it would cause traffic accidents as they almost wrecked when they drove by.

Second, a 55 year old lady grabbed the 75 pound ladder almost killed herself putting it against my house and didn’t realize that it was fake until she climbed to the top (she was not happy). By the way, she was one of the many people who attempted to do that. My yard couldn’t take it either. I have more than a few tire tracks where people literally drove up my yard.”

Previous post: Get Out Of My Line Of Fire